Royal Caribbean’s brand new cruise ship could be set to take to British waters in a matter of weeks.

The cruise liner is launching a Quantum-class vessel called Anthem of the Seas, which is currently berthed at Meyer Werft’s shipyard at the Em River in Germany.

Its first float-out is taking place tomorrow (February 21th)  at 1:00pm which will give engineers the chance to see whether key systems including its stabilisers and thrusters are in full working order.

The trip will also give Royal Caribbean a final opportunity to complete cosmetic work on the interior of the ship.

Anthem of the Seas will be the sister vessel to Quantum of the Seas and will boast 16 decks. Once the float-out has been completed, it should be in service by the middle of March, which means British passengers could be enjoying its attractions in just a few weeks.

Cruises aboard Anthem of the Seas will depart from Southampton and take in locations including the Bahamas, the Caribbean, Bermuda, Bayonne and New Jersey.

Its attractions will include various bars, a casino and a billiards room, along with a library and a workshop area where demonstrations, arts and crafts events and lectures can be staged.

Passengers should also enjoy its music hall and a weather-proof SeaPlex – which Royal Caribbean believes is the biggest indoor sports and entertainment centre to be found on water.

However, the main unmissable feature should be the North Star – a glass pod that lifts guests more than 300 feet above sea level and provides incredible views of the ocean and the destinations they will be visiting.

Anthem of the Seas will be able to reach speeds of up to 22 knots, thanks to its four diesel-electric Wartsila engines, which include two ABB Azipod XO thrusters.

Royal Caribbean is certainly putting considerable resources towards building the Quantum-class series – as a third vessel called Ovation of the Seas is set to be unveiled in the middle of next year.

Have you sailed on the Quantum of the Seas yet? Will you be checking out these new Quantum-class ships? 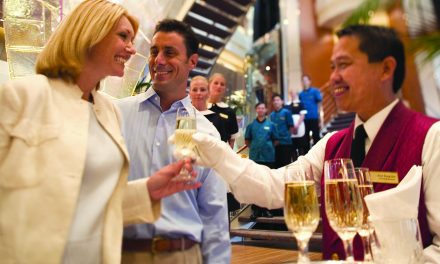 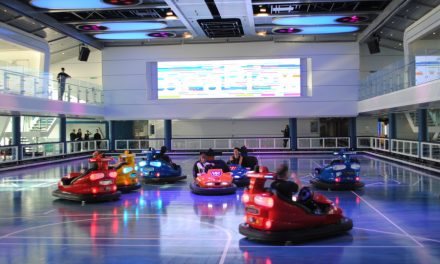 An Introduction To: Anthem Of The Seas

What if the Quantum of the Seas Wasn’t a Ship….?