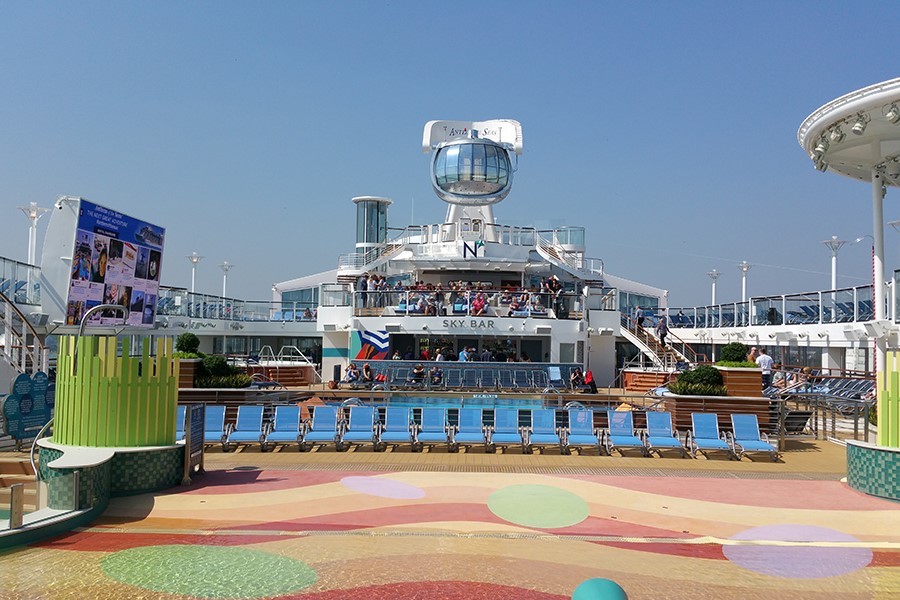 Royal Caribbean have claimed that Anthem of the Seas is one of (if not the) most family friendly cruise ship on the market so when one of our specialist cruise consultants took their family on a mini cruise recently and her eight year old son asked to write about the ship we jumped at the chance to see what he thought (and yes he did offer; we didn’t make him!) – Our thanks to Tom for his great review!

Read on to find out what he thought…

Hello my name’s Thomas and I’m writing to you about my first ever cruise on a ship called Anthem of the Seas. I’m 8 years old and I have one brother and one sister. My Brother is called Jason and he is 13 and my little sister Chloe is 4.

The ship was massive!

I knew I liked it more than the other holidays we had been on before because it was blue at the bottom and had loads of stuff to do for all of us, I could tell straight away that this would be a really cool holiday.

After we got on we went exploring and just when I was thinking it couldn’t get any better I walked out on to one of the decks and bumped into an ENORMOUS GIRAFFE- here it is. After we explored a bit we went for lunch. Mom took us to a really posh restaurant called the Windjammer. It was brilliant. There was loads of food and you could eat whatever you wanted just like at Auntie Claire’s wedding! I had a burger AND a piece of pizza (Mom said it was OK because I was on holiday). Mom and Dad had some salad but I didn’t have to because I was on holiday. Normally on holiday you can’t keep going back if you’re hungry but I had three cakes at lunch once! Anthem of the Seas has the best drinks ever! There was a machine where you pushed the buttons and different drinks came out. I had a Fanta with grape in it and Chloe had a Sprite with raspberry in it but Jason was boring and just had cherry coke. It all came out of the same hole in the machine. I want one for at home! After lunch Mom and Dad told us they had a surprise for us. We walked into this massive room that was called ‘Seaplex’. There was really loud music playing from a man who was DJ-ing from a pod near the ceiling, he was dancing around and he looked really funny. Everyone else had roller-skates on and was dancing. Me, Chloe and Dad kept falling over but Mom and Jason were OK.

The reason Seaplex is my favourite bit of the ship is that it kept changing. Sometimes it had roller-skates but sometimes there was bumper cars in the same place and you could stay on for as long as you wanted.  Once when we went people were doing a trapeze into a big mat but I was too small to try it.  We did the bumper cars loads. My little sister Chloe had to sit with me because she was too small to drive. I knew she would crash anyway. Mom and Jason went in one together and it was WAR! Dad went in one in his own and kept crashing into Mom.

The best bit about Seaplex is they give you hotdogs at the back and you can have as many as you want, all different kinds. I liked the ones with ketchup, not mustard and they had another drinks machine for when you got thirsty. We didn’t have to pay for any of them which Dad liked. I went to the kids club one day and it was fun to play with other people but I preferred exploring the ship.

Mums favourite place to eat was called Jamie’s but I think it was because she fancies the guy who owns it Jamie Oliver. I think she fancies him because he can cook and dad can’t. We made our own pasta, even Chloe helped! We then played a game called ‘shake me salad’ were we shook the salad! We all had to shake it over our heads in the containers, it was so much fun and by the time it was ready to eat I was so hungry! When we weren’t in the Seaplex I really liked going to the pool It had little mini waves and I made friends with some other children in the pool and the best thing about it was we could be as LOUD and as SPLASHY as we wanted! All the grownups had their own ‘boring’ section where they could just sunbathe and read. Mom called it relaxing. Anthem was my favourite holiday ever because there was loads of things to do. Me and Chloe could play our own games while Jason went off with his mates and played Xbox. Mum and Dad were happy because they got to relax when we played.

I really like Anthem of the Seas and want to go again.

*Disclaimer: The entire article is in Tom’s own word’s although we’ll admit to tidying up his spelling and grammar slightly to make it a little easier to read.

Is This The Most Over The Top Luxury Cruise Suite Ever? 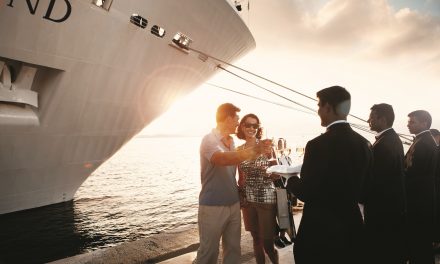 The Excitement For Silversea 2019 Has Begun: Everything You Need To Know

Majesty Of The Seas Stays With Royal Caribbean 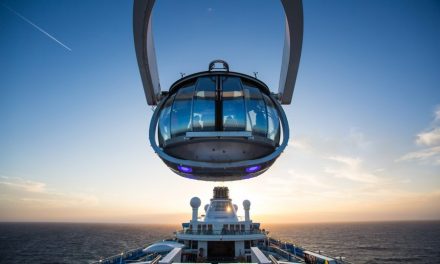 Anthem of The Seas is Almost Here!