A Farmer Saw This! You’ll Never Guess What’s Inside!

Have you ever heard the expression ‘the worlds a small place?’

Well sorry to contradict you but it looks like there’s still quite a bit of our planet left to discover!

The Son Doong Cave (translated from Vietnamese it means Mountain River Cave) is the largest cave in the world. You can find it in the Quang Binh province of Vietnam on the Laos-Vietnam border.

Formed by an underground river nearly 2.5 million years ago it was only discovered in 1991 by  a Vietnamese farmer called Ho Khanh, however due to the whistling sound of the wind, the roar of the underground river and the steep incline leading down into the cave he decided not to explore any further!

It wasn’t actually explored until 2009.

First explored by a group of British cavers from the British Cave Research Association, led by Howard and Deb Limbert over four days in April 2009, they quickly realised they’d stumbled upon something truly epic. The entrance was formed by the ceiling collapsing, creating huge, natural skylights to let the sun in.

The cave is so large it even has its own eco-system with a miniature forest, lakes and beaches!

The cave contains some of the tallest stalagmites known to man at over seventy meters tall!

Tourists are now being admitted in small groups but be warned – to explore the whole cave you’ll need to camp underground for four nights!

It’s so big, in parts of the cave you could fit a forty storey building!

Chilled Out Caribbean Flavours And The Secrets of San Juan 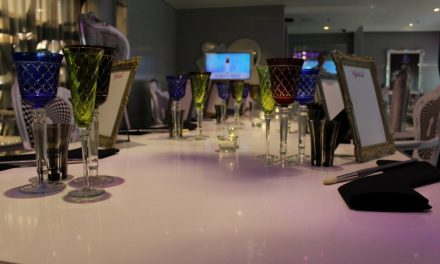 Is This The Strangest Restaurant You’ll Ever Find At Sea?