The Great Wall of China sits on many traveller’s bucket list (maybe you’ve even ticked it off already)- our guess however is that you’ll have been shown one of the ‘tourist approved’ parts of the wall that everyone’s familiar with.

The wall itself stretches on a rough east to west line over 21,196 km (13,171 miles) which means there’s a lot more to see than most tourists normally ever get the chance to.

Stretching over deserts, forests, snow-capped mountains and lakes, the www.Cruise.co.uk team brings you the real Great Wall of China…

Many Sections Are Just Ruins Now

Since 1644, when the Ming Dynasty was overthrown, no further work has been done on the Great Wall (for military purposes— some has been restored for tourism).

So, many sections of the Great Wall have fallen into disrepair over the centuries with only the main tourist spots receiving regular upkeep, meaning The Great Wall we see today is not the version that was seen back when it was first built…

Whilst Others Trace Their Way Over Towering Mountains

We can’t even begin to imagine the engineering that went into this hundreds and thousands of years ago when over 1,000,000 laborers were recruited for the construction!

Ever Seen The Great Wall of China Covered in Snow?

All those mountains means the Wall is sometimes covered in snow, in fact the wall reaches its highest point just outside of Beijing on Mt Heita at 5,033 feet above sea level).

Did You Know: Constructing the wall was a form of punishment for Chinese convicts! This was a pretty extreme version of community service and it’s estimated that 400,000 workers perished whilst building the wall then were buried right there (giving it a second name of the longest cemetery in the world)…

From Freezing Snow To Baking Deserts…

The sheer size of the country means that over its 13,000 mile length, the wall has to go through a lot of varying terrain.

In fact it’s a bit odd to even call it one continuous wall; instead it’s a series of separate walls, built at different times in the past that were finally all joined together (and it did take 1800 years to build so we can imagine a lot of decisions were to be made through that time!)

Did You Know: It’s still predicted that several parts of the Great Wall will vanish before 2040! Natural weather and human erosion have put portions of the wall in jeopardy so enjoy it while you can…

It Continues Right Through The Forests…

The Wall has been in existence for so long now that, in parts of its length, thick forests have grown up on either side of it with some trees now towering over the actual wall itself!

And there’s another unexpected feature to the wall too: glutinous rice! The sticky nature of the rice made it the perfect ingredient to incorporate into the wall’s structure as it gave it strength and endurance.

Did You Know: In December 1987, the Great Wall was placed on the World Heritage List by UNESCO.

And Even Over Lakes!

The Great Wall is not a continuous line (as you can see)- there are side walls, circular walls, parallel walls, and sections with no wall (the high mountains or rivers form a barrier instead).

This myth has been floating around for years, that the Great Wall of China is the only man-made object that can be seen from the moon.

It’s just not true though and never has been. From the moon you can barely make out China, let alone a wall. You can’t even see it from a low Earth orbit in space!

And It Finally Comes To An End…

Over mountains, through forests, over lakes and deserts it finally comes to a rather uninspiring end in the Xinjiang province, but still it attracts 50 million visitors every year, and had been visited by more than 460 state heads and VIPs from around the world.

Did You Know: Almost one third of The Great Wall has disappeared without trace, although portions of the wall have been found as recently as 2012! Archaeologists have located some of the northernmost sections yet to be identified, standing in and on the border of present day Mongolia.

Have you visited The Great Wall of China? Is it on your travelling bucket list? Which fact most surprises you about the iconic gem? Leave us your comments!

13 Tips For Travelling To China As A Clued-Up Tourist Certain parts of the world aren’t that common for most travellers and whilst this is all fun and games, it’s still hard to get more different to Western life than in China… 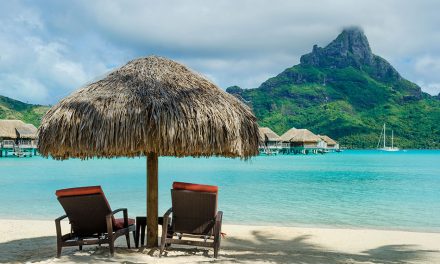 Bungalows On Stilts And The Paradise Of Bora Bora 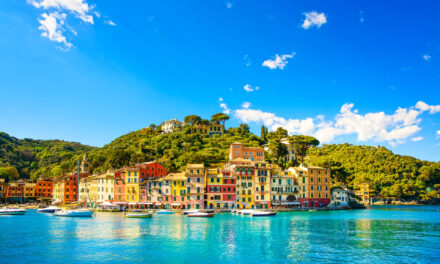 The Best Way To Experience Portofino And Its Cruise Port