13 Reasons To Take A World Cruise From A Real Cruiser 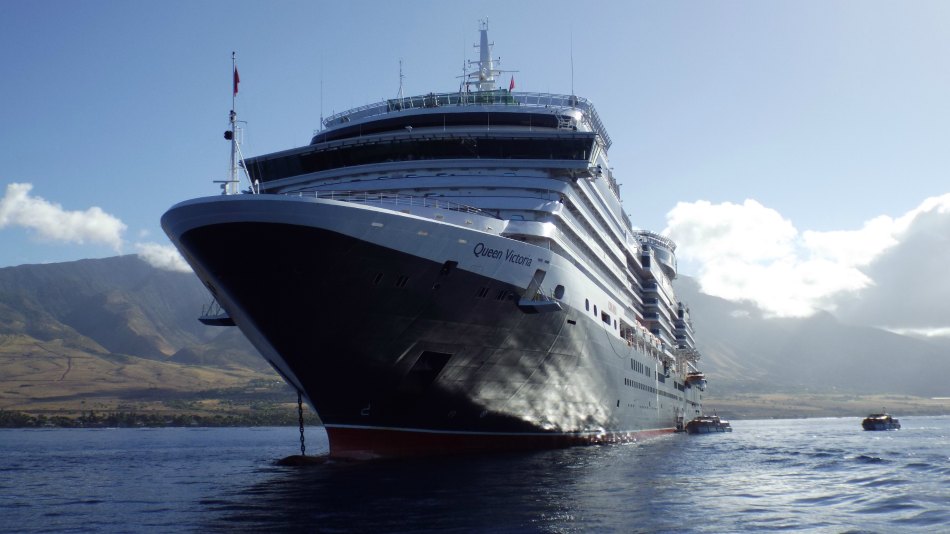 Have you ever thought about taking a world cruise? The answer is probably that you’ve dreamed about it! For most of us, a world cruise isn’t something we can think about taking just yet but it’s certainly the ultimate badge of honour for most cruisers.

Whilst it promises to be the holiday of a lifetime, what is it really like? Is it daunting to be sailing for 120 days? How do you keep yourself entertained for that long and will your clothes still fit at the end of it all?!

To answer all these questions, we spoke to our resident cruise world expert Duetto. Duetto set off and sailed around the world for 5 months. He kept a blog daily on our forum to keep us up to date with his travels and after reading such an entertaining account we decided to track him down.

So here, in his own words, is what it’s really like to take a world cruise and the tips he had for cruisers considering an adventure!

1- You Get To Travel With A Different Variety Of Guests

Some cruises cater for the British cruise market alone (we’re thinking of Fred Olsen and Cruise and Maritime here) but other lines have a much wider mix of passengers, especially on world voyages. Lines like Cunard attract a much more international audience giving you the chance to mix with people you may never ordinarily meet.

Duetto told us about the fellow guests on his Cunard cruise:

“We met people that showed us around the Queen Grills and the big suites. We met a lot of rich people on the boat. They were very nice, we met a lot of people from other places, they were very pleasant. It was nice meeting people from America, Australia and Europe. You don’t usually get that broad mix on a cruise its often just British people.”

“We’ve never travelled with Cunard before. We’ve been with at least 5 or 6 cruise lines. Cunard was the Ritz of cruise companies; it was the Rolls Royce! It was the ultimate cruise to go on.”

2- There are plenty of ways to keep yourself entertained

One worry of those yet to take the plunge is that they may be bored. After all, it’s a long time to be away! But Duetto managed to keep himself busy regardless:

“Our favourite days were port days. On sea days where the weather was nice we went to deck 3 where there are old fashioned sun loungers, we’d sit there. Because you’re low down you can see all the wildlife on the seas… you can see the dolphins, whales, turtles, all the birds and if you stand by the railings every now and then you’ll see sea snakes.

From Southampton to the Panama Canal there were quite a few American guests that were wildlife experts. They taught you what to see because there was a lot to see. You’d look out and just see waves but they showed you a lot of things to look at and things that you wouldn’t have seen otherwise.”

We’ve probably all been on at least one excursion and wondered if we spent our time the right way. After all, it can be hard to know the best places to go and what to see. But after you’ve spent the better part of 4 months taking excursions you’ll have your tender routine, shore explorations and souvenir buying techniques down to a T!

“In Mauritius we did a tour across the island with a commentary. They have a lovely beach and I bought back some exotic shells from there for my grandson.

In some of the ports when we got off we spoke to locals to find out the best place to go. We found out in Darwin if you walk to the town centre they have a big crocodile park with Australia’s biggest crocodiles. That was fantastic. You could feed them and see them underwater.

Most excursions we did in the towns were half day so that we had time to explore the town as well. You had the tour and then the resort too.”

4 – It Doesn’t Matter How Many Cruises You’ve Been On – A World Cruise Will Surprise You!

“Some of the things that amazed me were the strange weather formations on the Equator. There were some really unusual clouds and fantastic rainbow scenery. It was incredible I’d never seen anything like it before.”

5- Even If Insurance Is Tricky – It’s Doable!

Something you may not have considered (but definitely should consider) is insurance. When you first look at insurance for a voyage that long it can be daunting but Duetto explained that whilst it’s something to consider, it can be done! He also advised:

“Remember that you also need 4 months’ worth of prescriptions, you have to get your Dr to give you enough for that long!”

6- No Other Holiday Will Compare

What else can compare to a holiday where you see the whole world from the comfort of your cabin? For years to come you’ll remember your holiday, and no future package holiday will ever quite live up to the standards you were used to! Duetto agreed and told us: “It’s not comparable. It’s a one off, a once in a lifetime experience.”

Prior to contrary belief, you actually don’t need to take 4 months’ worth of clothes with you… Because where exactly do you intend to put them? Most cabins however spacious won’t have enough space for 6 suitcases worth of clothes (which is an amount you can take with you if sailing from and to the UK!) Instead, pack half of the amount and simply wash your clothes whilst on-board.

Duetto advises: “One mistake we made we didn’t have enough space to unpack as we took too many suitcases! We took four suitcases and we could have got away with probably two. You should take less clothes and use the launderette as its free.

Our top tip is to take fold away dryer so you don’t have to uses the dryers. On sea days the laundrette was very busy and arguments broke out!”

8- Even If You’re Homesick, You’ll Always Be In Touch With Home

These days you can always stay connected on a cruise ship. If you’re unlucky enough to become homesick then the rest of the world is right at your fingertips and family only an email away. With social media your family will probably feel like they’re travelling with you!

Duetto beat a bit of homesickness by keeping in touch with friends and family back home: “Towards the end we did, we got a bit of cabin fever. Our family read the blog each day and we also had email.”

9- As Well As Souvenirs, You’ll Have The Memories For Life!

As well as buying quirky souvenirs from all over the globe you’ll have memories to stay with you forever. Duetto told us all about his favourite highlight…

“For us it was the wildlife. When we were sailing through St Helena we saw a whale shark. It passed the ship right up close just under the waves at the surface.

We didn’t buy souvenirs in port, we bought our souvenir on the ship. They had globes that have a stand and turn around with gravity. It’s at home in our lounge now and turns round slowly all the time. Everyone who’s come round to visit us has said it’s caught their eye, it’s a great souvenir from our world cruise.”

10- The Sea Days Will Surprise You

Even a seasoned cruiser may struggle with the sea days on a world cruise! It’s all about the itinerary. Make sure that you have a route that you’re happy with and you aren’t sailing for any length of sea days that you would not be comfortable. If in doubt, why not take a section of a world cruise first and see how you fare? Duetto explained:

“We had 74 sea days out of 120 days. We think it was too many! Everybody’s different and some people prefer sea days. If there is nice weather, it’s no problem but sailing across the Atlantic it was bad weather and you couldn’t sit outside. To keep our sea days interesting, we only went for afternoon tea once a week to keep it special.”

Because after all, you are travelling for such a long time you’re bound to make fast friends!

“We met some close friends from Australia that we will keep in touch with. At some stage we’ll be meeting up in the next year or two.”

With first class entertainment, food and itineraries, what more can you ask for? Duetto said:

“The ports were fantastic, and the entertainment in the evening was good. They have a lovely Victorian theatre and they have private boxes that are first come first serve. We’d turn up half an hour early every night and get a box. The shows were fantastic with good comedians, good stage shows and good acts. The good thing about sitting in the box was that sitting in the box let us see how the tricks were done because of the angle!”

Some people don’t consider a world cruise because they don’t think they’re the kinds of people to go on one. But as Duetto tells us, anyone and everyone can take the plunge!

“All sorts go on a world cruise, rich or poor. There were all sorts of backgrounds on-board. Some like a short cruise and some like long we met a lot of people that were only doing one or two sectors because that was their limit, but everybody is different.”

If you are interested in taking a world cruise, take a look here…

So there you have it! Would you consider taking a world cruise? Do you like the sound of Duetto’s journey? Let us know in the comments below… 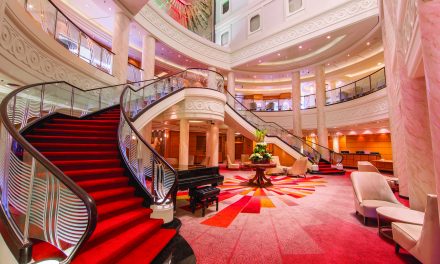 An Introduction To: Traditional Cruising 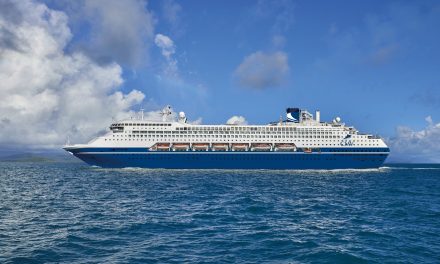 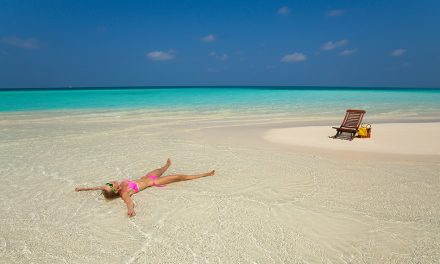 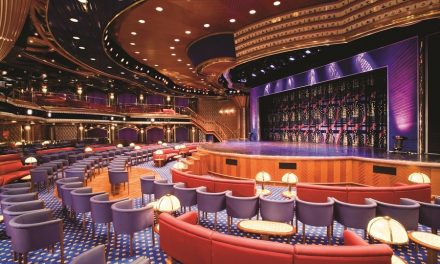